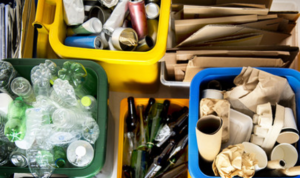 In today’s climate, many are concerned with ways that they can lower their environmental impact. Still, a lot of people fall into common pitfall of believing that practices such as reducing their waste production are much more difficult than they truly are. Stephen Troese Jr. maintains that reducing waste production can be made simple by combining just a few environmentally mindful habits. In this article, Stephen Troese Jr. lists a few easy ways that someone concerned with their environmental impact can reduce waste in ways that are both convenient and helpful.

One easy way that Stephen Troese Jr. suggests for reducing waste is to use reusable products over single-use plastics whenever possible. We can all notice the surge of popularity of reusable cups, for instance, as a way that people can stay hydrated throughout the day without piling up single-use plastic bottles. While keeping a reusable cup on your person has the benefit of decreasing your waste production, it also helps serve as a consistent reminder to drink water, making you establish more healthy hydration habits as a result. Stephen Troese Jr. also urges consumers to break habits such as dependency on plastic bags as well to reduce your waste output each day. Consistent usage of plastic bags can easily lead to an increase in waste production over the course of the year and contribute to choking hazards for animals within our ecosystem. Instead, reusable food storage containers can be used for lunches, saving you money on bags that you would otherwise discard after one use. Plastic grocery bags can also be avoided in favor of reusable fabric bags when visiting the store, helping to ensure that you don’t end up with a bunch of extra plastic to throw away later.

Another easy way that Stephen Troese Jr. recommends for reducing your waste output is composting. The overarching philosophy of composting is turning our scraps and trash into nourishment for our soil. Researchers believe that as much as 25% of our trash can be utilized for the purpose of composting, with some of the best composting materials being coffee, fruits and vegetables, nut shells and teabags. Waste such as wood, paper, and our yard trimmings can also be used for composting. To try your hand at composting, collect both brown ingredients (dead leaves, twigs, plants) and green material (clippings, food scraps, manure). Keeping a good ratio of brown materials that produce carbon to green that produce nitrogen is a great idea to keep your compost pile from stinking as well as at an optimal nutrient level for plants. Stephen Troese Jr. acknowledges that you can compost outdoors or indoors depending on your preference, as long as you use a suitable compost bin that is at least 3x3x3 and stored in a location that is shady and dry.

As spring approaches, it is important to recognize that many clothing items that are thrown out as part of spring cleaning can be donated instead to reduce your environmental impact. An estimated 95% of clothes, shoes and linens that are thrown away could have been reused or recycled, which becomes a jarring statistic when we consider that the average person in the US may throw out as much as 70 lbs. of clothing a year. Donating unwanted clothes is a great way to ensure that they see use either as clothing options for individuals that may need them or as items that can used to create new fabric products. Stephen Troese Jr. acknowledges that since we are getting rid of clothing on a fairly consistent basis anyway, visiting a donation box instead of the trash is a simple and efficient way to reduce the amount of waste that otherwise be relegated to landfills without creating much more work for yourself.