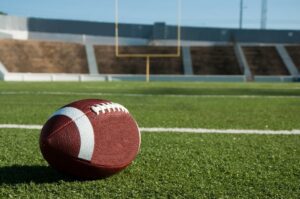 As a loyal Redskins season ticket holder summer is a time where hope springs eternal for Stephen Troese Jr. This upcoming NFL season will look different for many reasons off the field, but Stephen Troese Jr. is hopeful the results for his favorite team will look a whole lot different on the field as well. Stephen Troese Jr. says the main reason to have some hope for the upcoming season is the addition of new head coach Ron Rivera. Rivera is a two-time NFL Coach of the Year and he is hungry to prove that his former team, the Carolina Panthers, made a mistake by moving in a different direction.

With a decorated resume, Stephen Troese Jr. is hopeful that Dan Snyder, owner of the Redskins who has a history of meddling in coaching decisions, gives Rivera complete control of the team’s direction. Rivera brings a chance of a culture change for the recently struggling franchise. It is time to once again bring a winning attitude to the team that represents our nation’s capital.

Beyond a new head coach,  Stephen Troese Jr. is excited to see how quarterback Dwayne Haskins develops with another offseason under his belt. Wideout Terry McLaurin earned a lot of praise for an outstanding rookie season and he will be an essential weapon in the team’s offense. In addition to McLaurin on the outside, last year’s star draft pick Derrius Guice looks to take over the starting role in the backfield. After missing all of last season due to injury, there’s a strong belief in the organization that Guice can by a top ten back in the league when healthy. If Guice can’t stay on the field, the Redskins will have to rely on Adrian Peterson, who is incredibly still productive entering his 14th season in the league. Stephen Troese Jr. believes the real key to offensive success this season will come down to the performance of the offensive line. Haskins only played nine games behind center last year and was sacked 29 times. This will have to change to sustain drives.

With the number 2 pick in last year’s draft, the Redskins took the player who was widely considered the most talented athlete in the entire draft. Although the defensive line was already a strong point of the team, Chase Young, provides a player that is a true gamechanger. Some of the most talented offensive tackles in the NFL reside in the NFC East. Young becoming a major factor would go a long way towards narrowing the gap in the standings. While the Redskins are not near the top of many national power rankings, Stephen Troese Jr. believes the future is bright in D.C.